Quality, experience, reliability you can count on. 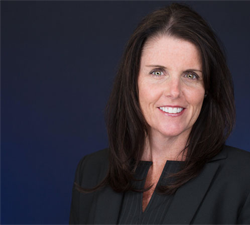 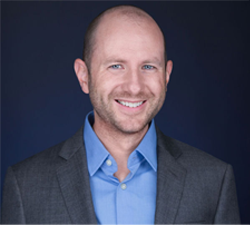 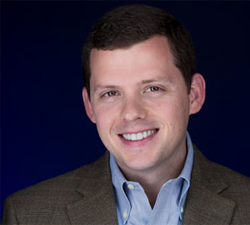 As CEO, Matt leads by example. He takes pride in being an ambitious, transparent, and reliable role model. These pillars are echoed through his passion of giving back and the encouragement he gives to those around him, inspiring them to be selfless and authentic.

When his CEO hat comes off, Matt puts his hardhat on and builds a Lego city with his kids. This city lives in their basement and comes alive during holidays and birthdays. There are very few places where you can see Hogwarts, the Ninjago Tower, and Elsa’s castle from Frozen all at once. As EVP, Leigh-Anne is a leading contributor to the facets that bind Armada together, including human resources, business growth, and budgeting efforts. Her experience makes her an indispensable voice in the company’s decision-making process.

Leigh-Anne embodies what it means to be passionate. She is driven by exciting opportunities that better the company and is eager to take on new challenges. She prioritizes connecting with others and her adaptability is one to be envied.

When Leigh-Anne isn’t taking on new challenges professionally, she is challenging herself in her personal life. She loves lake water sports and can be found kayaking, paddleboarding, wake surfing, and slalom skiing (just to name a few).

In 2006, Zack created Armada Analytics. Using his previous industry exposure, he built and refined the commercial real estate underwriting experience. He continues to guide Armada today by adhering to his vision and fostering its growth through his passion for improvement.

Not only is Zack passionate about the industry, he’s passionate about people. He is an advocate for giving back to others and holds a position on the board for A Child’s Haven, a locally-based charity. Zack is always searching for ways to better himself, and he is known for challenging others to join him.

In his free time, Zack’s hobbies gravitate towards the extreme, to include racing cars. His love for the sport has led him to sponsor a race team in 2021, giving ambitious young adults the chance to enjoy the racing at a new height. Mike joined Armada in its infancy and has been an integral part of its development. As EVP, he oversees the Underwriting, Asset Management, Closing, and Insurance departments; focuses on the continued expansion of Armada’s product lines; and nurtures client development.

Mike injects ambition into everything he does. He knows commercial real estate inside and out and is the go-to resource for every industry update. Whether he’s talking about underwriting, his passion for volunteering, or asking about everyone’s weekend, Mike’s door is always open.

When he’s not in the office, Mike can be found on the soccer pitch. He holds the second best season goals against average in South Carolina for AA soccer and his co-ed soccer team has won four of the last six championships. In 2014, Zack co-created and developed the zoning platform. His team has been integral in the adoption of Armada’s tech platforms, being at the forefront of new initiatives to enhance internal productivity and refine client deliverables.

Zack is committed to his clients. He works to simplify his team’s processes, making client’s lives easier by staying ahead of industry changes. Zack’s drive for his clients sets a strong example for his team. He encourages them to be ambitious, determined, and reach their highest potential.

Zack is a huge advocate for enjoying the journey, not just the destination. To put this into practice, he drove the Road to Hana in Maui, a 64.4-mile-long stretch along the coast. Dennis has overseen the Due Diligence department since 2018. His team handles due diligence inspections, annual lender’s inspections, and lender disbursement reviews to include budget reviews and site inspections for new construction and capital improvements.

With a real estate career spanning 44 years, Dennis has a wealth of knowledge. He is always available to share his expertise and experience with his team, clients, and, even, competitors. In addition to managing the largest and most dynamic team, Dennis is attentive to each deal and ensures that his team is well-equipped to handle any project.

It’s fitting that Dennis manages the team that is most traveled as he himself has been to all 48 contiguous states. He hasn’t just driven through the state or lounged in the airport, he’s stepped on the ground in each state. As SVP, Reid is an advocate for change and pilots countless initiatives across departments. He is the “Venn diagram” of Armada; seamlessly pivoting between and aligning the divisions he manages. Reid always brings a fresh perspective to the table, pushing his team to challenge ideas and adopt a lateral thinking approach.

Although Reid is based in Colorado, he calls any open road his home. With a state-of-the-art travel van, it’s easy to zip around and work from anywhere. So far, Reid has logged 65,000 miles (and counting), with upwards of six consecutive weeks on the road. #vanlife! Andrew oversees the Asset Management Department, which handles a wide variety of post-closing transactions and risk analyses. Prior to joining Armada, Andrew spent seven years at Capital One Bank in various roles within the Multifamily Agency Finance Asset Management space.

Since joining the team, Andrew has jumped headfirst into his role. He inspires those around him with his strong work ethic, promoting a client-centric environment concentrated on accuracy and communication.

Just as Andrew is dedicated to his work, he is equally dedicated to his hobbies. Ever since he was six years old, Andrew has been competitively racing radio control cars all around the country. While David guides the Underwriting department, he still stays connected with each member of the team. With deep roots in the industry, David is a natural mentor. David’s mentorship cultivates teamwork and collaboration, setting an example that others easily follow.

David is a huge music lover and can strike up a conversation about any artist or genre. He has seen over 100 concerts spanning across a wide variety of artists and venues.

Lora is a courageous “change agent” with a demonstrated ability to quickly establish rapport at all levels within the company. She believes that people matter and strives to be a strong advocate for the employees and the organization.

When Lora is not holding down her day job as an HR professional, she enjoys running, shopping at every mall she can find, traveling, and walking on the beach. She hopes to be brave again and go horseback riding during the sunset in Arizona. However, the best time in Lora’s life is the time she spends with her husband and best friend, making great memories as she cherishes every moment of this beautiful thing called “life”! With over a decade in the industry, Stephen is incredibly adept and well-versed in all things Underwriting. He is eager to share his knowledge, bettering his peers and colleagues. Stephen’s devotion to his clients is unmatched and he sets a prime example for his team, relaying the importance of a quality-focused work ethic.

Stephen is a self-anointed barbecue connoisseur, having explored a lengthy list of joints throughout the southeast. Despite spending much of his life in Greenville, SC, Stephen has developed a strong affinity for Texas brisket after living in Dallas for over five years. Randy has more than 42 years of experience in the consulting services industry. Beginning in 1979, he worked for an environmental services company, becoming a Contract Program Manager for the firm’s EPA Superfund contract where he oversaw EPA Superfund cleanups across 15 states. Focusing on multifamily real estate assessments, he went on to start his own firm, f3, inc., which was a respected provider of services to the commercial mortgage banking industry. In 2022, f3, inc. was acquired by Armada to add Engineering and Environmental to their already extensive list of commercial real estate services.

On the weekends, Randy scours flea markets and estate sales searching for vintage axes and hatchets to restore and collect. Adding to his hobby, he has a granddaughter that loves to throw hatchets and spend quality time with him outdoors. Heath oversees the Conventional, CMBS, and Small Balance Agency wing of the Underwriting department. In addition, he leads Agency Assumptions and Conventional transactions for Fannie Mae and Freddie Mac.

Heath is a natural leader. He guides his team through complicated deals and is always happy to share the wealth of his expertise. Heath always brings a side of levity with him and has a knack for drawing out the positive in any situation.

Heath is a huge sports fan and loves to visit as many stadiums as possible. To date, he has been to a college or professional football game at 24 different stadiums across the country.